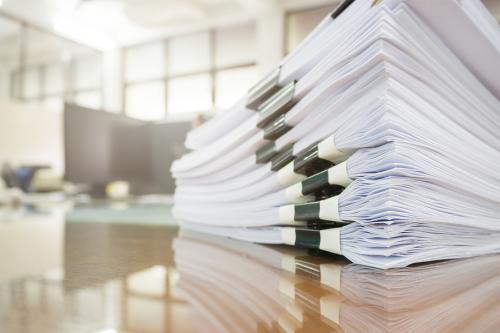 The United States Court of Appeals for the Fourth Circuit has ruled that a corporation that is not physically present in a district is not “found” in the district for purposes of federal law that allows courts to order discovery for use in a foreign court. In re Eli Lilly and Co.Case No. 22-1094 (4th Cir. 2022) (Niemeyer, Diaz, JJ.; Floyd, Sr. J.) The Court rejected the approach of the Second Circuit, which had previously held that a district court’s power to order discovery under 28 U.S.C § 1782 was coextensive with the investigation of minimum contacts from a specific jurisdiction.

After acquiring a portfolio of patents related to the psoriasis drug Taltz, Novartis AG sued Eli Lilly for patent infringement in several European courts. Eli Lilly sought discovery of Novartis in the Eastern District of Virginia under § 1782, which authorizes a district court “in the district in which a person resides or is found” to “order him to give his testimony or statement or produce a document or other thing for use in a proceeding in a foreign or international court.” Novartis is based in Switzerland and has no offices or employees in the Eastern District of Virginia.

Following the granting by an investigating judge of Eli Lilly’s request ex parte request for a subpoena, the district court overturned that order. The Fourth Circuit upheld, largely echoing the reasoning of the district court.

It was undisputed that Novartis did not “resident” in the district; the only question was whether Novartis could be “found” there. The Fourth Circuit considered the ordinary meaning of “found”, Supreme Court precedent interpreting similar statutory language, and the statute’s legislative history, and concluded “that a corporation is found where it is physically present by its managers and agents carrying out the activities of the company”. Company.”

The Fourth Circuit rejected Eli Lilly’s counter argument that satisfaction of specific jurisdictional requirements was sufficient for a corporation to be “found” in a district, including Eli Lilly’s reliance on the decision of the second circuit of 2019 in In the re del Valle Ruiz, which held that a society was “found” wherever it could be subject to a specific jurisdiction. The Fourth Circuit concluded that In the re del Valle Ruiz failed to give “founded” its ordinary meaning, improperly ignored Supreme Court precedent, and failed to give proper weight to the legislative history of § 1782.

Even if the Fourth Circuit had disagreed with the District Court’s interpretation of § 1782, the Court would still have held based on the deferential standard of abuse of discretion. Because § 1782 permits, but does not require, a discovery order, the Court held that the district court’s decision to “seek[ ] [ ] a large volume of data and materials located abroad [to] be brought into the United States for further use in proceedings abroad, [would be] an absurd result” was well reasoned.

With this decision, the Fourth Circuit broke with the Second Circuit and created a split circuit in the interpretation of § 1782.