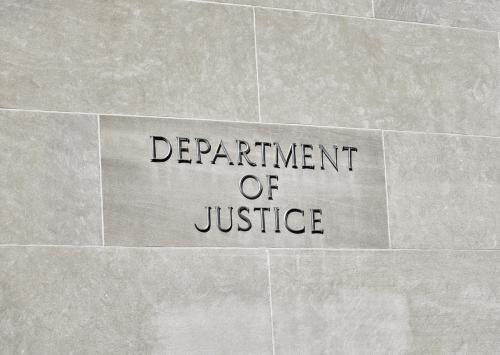 Various federal government leaders have made it clear that they are now applying greater scrutiny to mergers and acquisitions and that they are not thrilled with many years of anti-competitive business deals and regulations that provide inadequate protection for competition. .

Statements from the Justice Department’s Antitrust Division and the Federal Trade Commission’s antitrust authorities have said as much since President Biden took office. Before that, he was not alone in the pack of Democratic candidates who believed the government needed to be tougher to protect competition; it was a key talking point for other candidates, several of whom remain in the Senate today, namely Senators Amy Klobuchar, Bernie Sanders and Elizabeth Warren.

In case anyone in the back of the room couldn’t hear that message, Assistant Attorney General Jonathan Kanter recently delivered it with candor and clarity in a city known at least for its candor. The DOJ Antitrust Enforcement Officer told a meeting of the New York State Bar Association Antitrust Section:

“We have an obligation to enforce antitrust laws as written by Congress, and we will challenge any merger whose effect “may be to lessen competition substantially or tend to create a monopoly.” The second prong – or tends to create a monopoly – has often been given less importance. No more: we intend to stick to the plain language of the Clayton Act.

And if that still wasn’t clear, Kanter repeatedly yelled at Robert Jackson, who in January 1937 began his tenure in the same office Kanter holds today. Jackson – who would go on to serve on the Supreme Court and as a Nazi war crimes prosecutor at Nuremberg – took charge of the “widespread corporate concentration” of the time and “launched[ed] on an aggressive antitrust enforcement campaign to free markets from the grip of monopoly power,” Kanter said. He sees the bold Jackson as his inspiration.

This modern development has been accompanied by “serious challenges of competing in too many markets”.

“Over the past two decades,” Kanter said, “concentration has increased in more than 75 percent of U.S. industries, including health care, financial services, agriculture, and others. Price-to-cost markups have tripled over the past 40 years Some labor markets are even more concentrated than product markets Employer monopsony power in labor markets tends to drive down wages, erode quality of life and make harder for workers to change jobs.He said when markets are dominated by giants, entrepreneurs and small businesses struggle to get started, noting that new business training is half of what they were half a century ago.

Kanter said he was “deeply concerned” about the impact of these trends on Americans. “Too little competition hurts real people, every day,” he said. “It’s not just a statistical or economic concept. It’s a half-empty grocery cart for Americans who can’t afford price hikes and padded markups. Or lower wages and poorer working conditions because of employers who face too little competition and workers who don’t have enough options. These are masses of personal and private data mined by mainstream platforms whose digital services have few or no realistic alternatives. And it’s the inability of Americans to buy a home and save for college.

Since antitrust law has not kept pace with our rapidly changing economy, Kanter said “the only way to reinvigorate antitrust enforcement is to adapt our approach…” He said that the Antitrust Division and its enforcement partners “commit to using all available tools to promote competition.”
Kanter discussed the need for an attitude adjustment and more resources:

“We are law enforcement, not regulators.”

Kantor was particularly critical of the deals reached which he said allowed anti-competitive deals to go forward, saying: