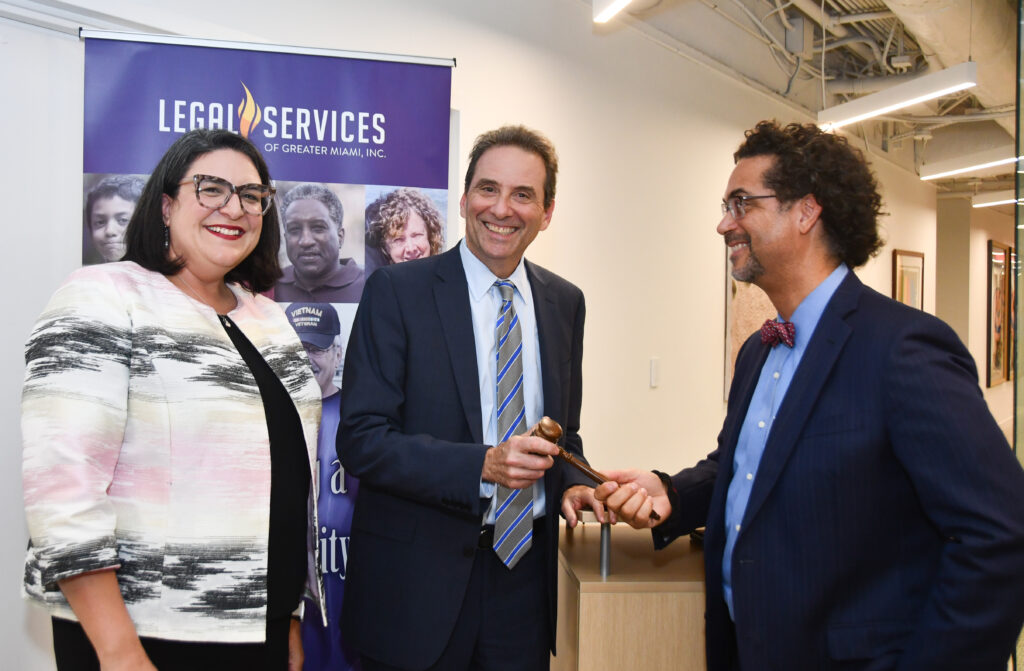 Greater Miami Executive Director of Legal Services Monica Vigues-Pitan, along with outgoing Chairman of the Board, Manuel Dobrinsky, passes the gavel to D. Porpoise Evans.

Evans succeeds Manuel Dobrinsky and joined the board more than 10 years ago.

“I am honored to serve as Chairman of the Board and to continue supporting its mission to pursue equal access to justice for all residents of Miami-Dade and Monroe counties,” Evans said. , partner at Weiss Serota Helfman Cole & Bierman.

“Legal Services has always benefited from exceptional leadership at the board level, and this list of leaders is no exception,” said General Manager Monica Vigues-Pitan. “I look forward to working alongside them to advance the mission of providing access to justice for all and continuing to have a profound impact on the low-income community.”

The new officers and board members were officially installed on September 20 by U.S. District Court Judge Jacqueline Becerra.

High-performing organizations are leaning into ITSM