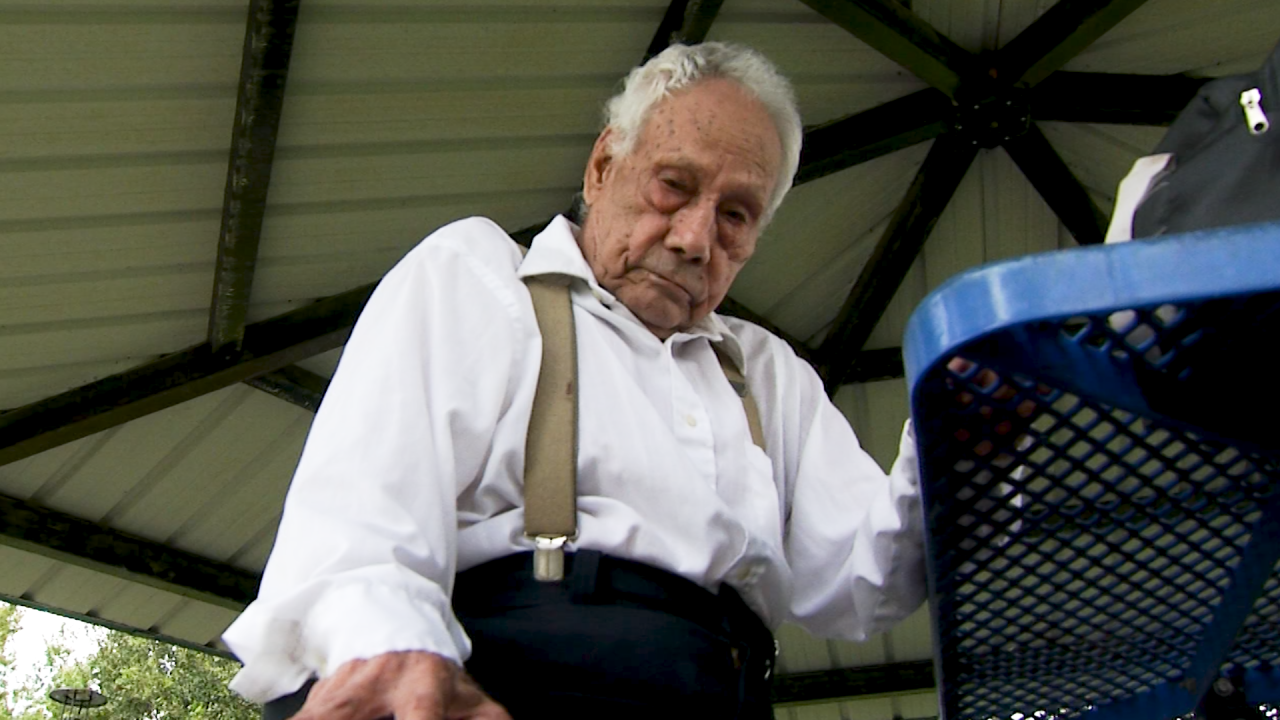 LAKELAND, Fla. (WFLA) Baldomero Vega recalls going to war in Korea a few months after turning 18 and being shot in the leg moments before falling backwards on his head.

He said he was in a coma for about two months, but proving it to the US Department of Veterans Affairs (VA) takes a lifetime.

The Lakeland resident is nearly 90 and still battling the VA for help with post-traumatic stress disorder (PTSD), headaches and nightmares which he says have persisted since his release to the spring of 1955.

Even with the struggle, the 87-year-old said he would serve again if he could.

“I love my country,” Vega said. “And yes, I [would] fight for her. If I could go back, I certainly would.

His stepson Gregory Taylor helped him file and re-file paperwork to prove he qualifies for basic VA medical care and potentially disability benefits.

“He feels like he loves his country, but his country didn’t love him,” Taylor said. “We started this almost 10 years ago and [the VA] sometimes said they were going to speed things up, but that was years ago.

In a VA rating decision, the agency said the gunshot wound was “not service-connected.”

At other times, according to Taylor, Vega’s actual service has even been questioned despite a VA document that lists his Army service dates and honorable discharge.

“We got the dates from them and got them back and yet they question the dates,” Taylor said. “I mean we got it from them, so basically it seems like they’re questioning themselves.

The VA would not comment on details of the claims filed by Vega who has since submitted documents to allow the agency to discuss the matter with 8 on Your Side.

Vega also claims he dealt with racism during the war and now he suspects years of denial are tied to that same “injustice”.

“He believes it 100% because he said he endured it while he was there. Trying to defend the country and calling you every name you know you can think of,” Taylor said “He feels like that’s why they never helped him before and why they won’t help him now.”

Vega went to see a civilian psychiatrist who wrote in an assessment, “Mr. Vega’s PTSD was directly caused by his experiences while serving in the US military during the Korean War.

The doctor also said that Vega’s explanation and medical treatment history is consistent with a history of traumatic brain injury (TBI) “caused by his head being hit after being shot and falling during the fight.”

But it was still denied.

“It’s sad to say, but it’s like they’ve been waiting for him to die and it’s terrible,” Taylor said. “Because of his age and his serious health problems. He has cancer now and he is 87 years old. He has also had 23 operations.

When Vega was asked if he thought this was a case of “delay, deny until you die,” he nodded.

“I don’t know if they don’t believe it or just turn a blind eye,” Taylor said. “He was slapped every time he tried to get help.”

Taylor said he suspected key documents needed to link Vega’s medical issues to his service were burned in a 1973 fire at the National Personnel Records Center in St. Louis.

“No duplicate copies of these recordings have ever been retained, and no microfilm copies have been produced,” the website states.