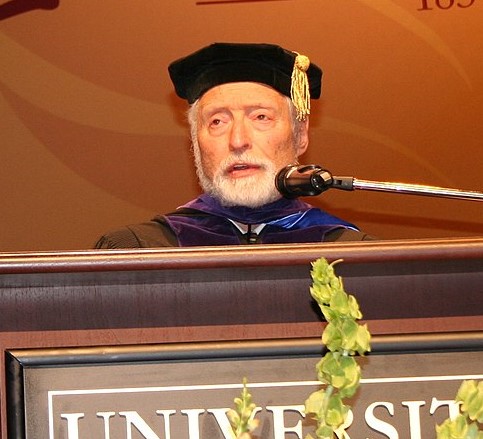 Edgar Cahn, an attorney who helped establish the program that would become known as Legal Services Corp., has died at age 86.

Cahn and his late wife, Jean Camper Cahn, were graduates of Yale Law School. Their 1964 article in the Yale Law Journal advocating legal aid for the poor became a model for the federal program created by the Johnson administration’s Office of Economic Opportunity.

“The Legal Services program, which later became Legal Services Corp., was groundbreaking,” The New York Times reported. “It not only helped thousands of poor Americans get justice; he also catalyzed the emergence of public interest law, creating new areas of litigation and scholarship, including tenants’ rights, consumer rights, and rights to government benefits.

Later, the Cahns founded and served as co-deans of the Antioch School of Law in Washington, DC. The school emphasized clinical training in public interest law.

“We thought morally neutral legal education on social issues was unacceptable,” Cahn said. “We wanted a place that trained activists.”

The New York Times reported that the Cahns “proved polarizing” as law deans, coming off as “energetic to some faculty and students, arrogant and aloof to others.” They also did not get along with the management of the University of Antioch. When he faced financial difficulties in the late 1970s and tried to siphon off law school money, the Cahns resisted. The school sued and won – and the next day fired them both.

Cahn suffered a serious heart attack after his dismissal.

The school later became part of the David A. Clarke School of Law at the University of the District of Columbia.

Shelley Broderick, dean of the University of the District of Columbia’s law school from 1998 to 2018, said Cahn taught law and justice at the school “for decades until last year,” according to the DC Bar. “Students left his course bound like soldiers in a just cause. He was kind and unfailingly generous with his time, talent, and treasures. He was fully committed and passionate about advancing fairness and equality for all,” Broderick said.